CHIN UP SELECTED FOR THE BRITISH ANIMATION PUBLIC CHOICE AWARDS 2020

CHIN UP SELECTED FOR THE BRITISH ANIMATION PUBLIC CHOICE AWARDS 2020

LoveLove Films are proud to announce that Chin Up has been shortlisted for the renowned 2020 British Animation Public Choice Award that will be presented at the British Animation Awards (BAA) ceremony on March 12th 2020.

2020 will see the 13th edition of the BAAs take place at the BFI Southbank in London and will showcase the best examples of animation produced in the UK over the last year. Since 1996, the BAAs has been exclusively recognising and rewarding outstanding British animation and state that they are: “passionate about animation and ensuring our art form is supported, credited, promoted and gets celebrated the way it deserves’.

Chin Up’s listing at the BAA’s can be found in Programme 2, alongside the music video for Coldplay’s 2019 hit Daddy, which was created by our Pop Paper City distribution partners Aardman.

The concept for Chin Up was pitched to MOFILM, the people-powered content network, in response to their ‘Many Voices’ global initiative project. The year of 2018 saw female empowerment around the world reach new heights and so it gained the ‘Year of Women’ status. In recognising this leap forward in equality MOFILM encouraged international filmmakers to answer the question: ‘What does the year of women mean where you are?’

LoveLove Films won the pitch with Chin Up and our very own animator JoAnne took on the role of director for the animation, which represented her own story about living with Treacher Collins Syndrome, a genetic condition characterised my physical deformity. JoAnne is now living her dream as an animator and a female creative, proud to demonstrate that her insecurities haven’t stopped her from reaching for the stars. The animation blends 2D mixed media animation and illustration in its scrapbook style vision to bring JoAnne’s story to life. 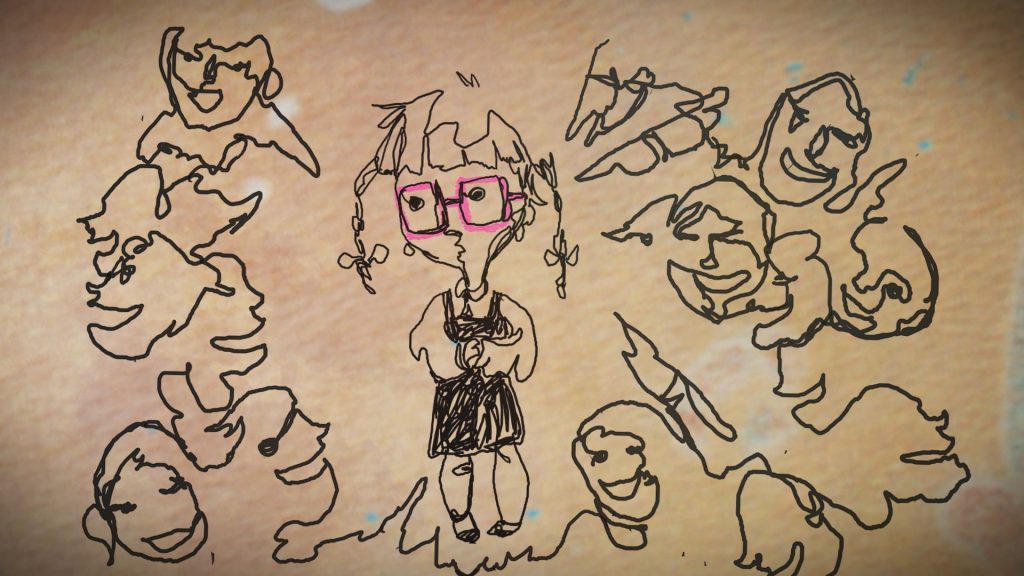 A still from ‘Chin Up’ 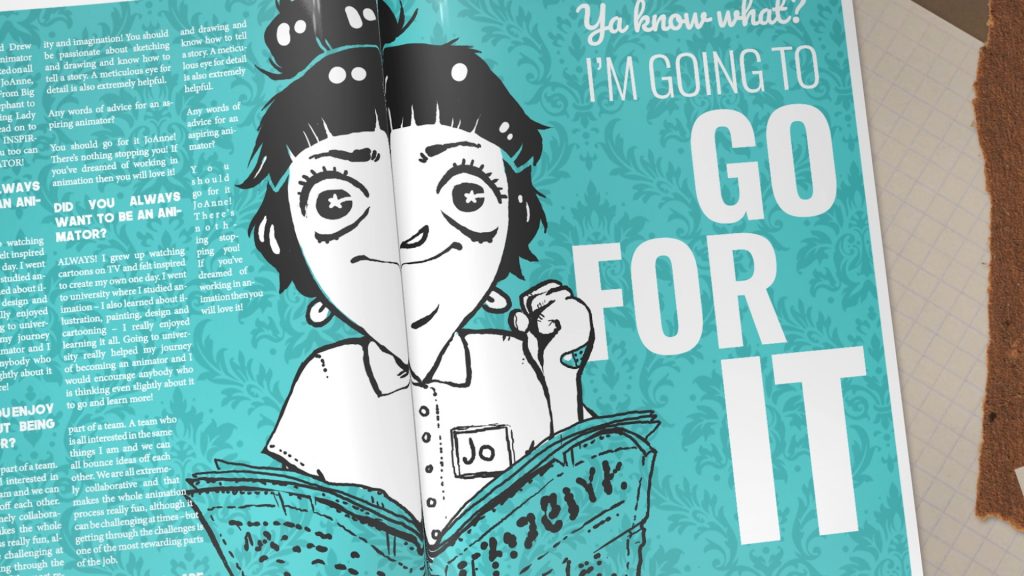 Here at LoveLove Films we endeavour to produce the kind of filmmaking that Chin Up represents: stunning visuals produced by a hard-working team of creators that are passionate about bringing human story-telling to the screen.

When commenting on Chin Up being featured in the British Animation Awards, our MD Georgina Hurcombe said:

“We’re all so delighted with how well Chin Up has been received; we hope it inspires a perseverance in others to embrace their own story in the face of adversity. BAAs selection of Chin Up fills us at LoveLove Films with pride and we look forward to the film being recognised by such a prestigious platform.”

If you’d like more information on the MOFILM – Many Voices competition, it can be found here.

To find out more about JoAnne’s story and how Chin Up came together, click here.

To attend the British Animation Awards 2020 or to find out more information about the event, head here.