The LoveLove Films Team are thrilled to have picked up our fourth RTS Award in three years! Our Lead Animator, Sunny, won the RTS Award for his Graphics and Animation work on a range of projects throughout 2019.

The annual RTS Southern Awards took place last Friday the 6th of March at the Guildhall in Winchester, UK. The Royal Television Society (RTS) is the oldest television society in the world. Each year, the RTS recognizes the work of a variety of industry professionals and production studios that excel in diverse fields and represent the very best in their specialisms. The RTS Awards are the gold standard of achievement in the television community, each year awarding excellence across the entire range of programme making and broadcasting skills.

This is the third year that LoveLove Films has been nominated for the Graphics and Animation award, following wins in both 2018 and 2019. LoveLove Films has also won the On-Line Production Award for our animated documentary, Chin Up in 2019.

The LoveLove Team are thrilled with this year’s win, which signals another great year for us in 2020. 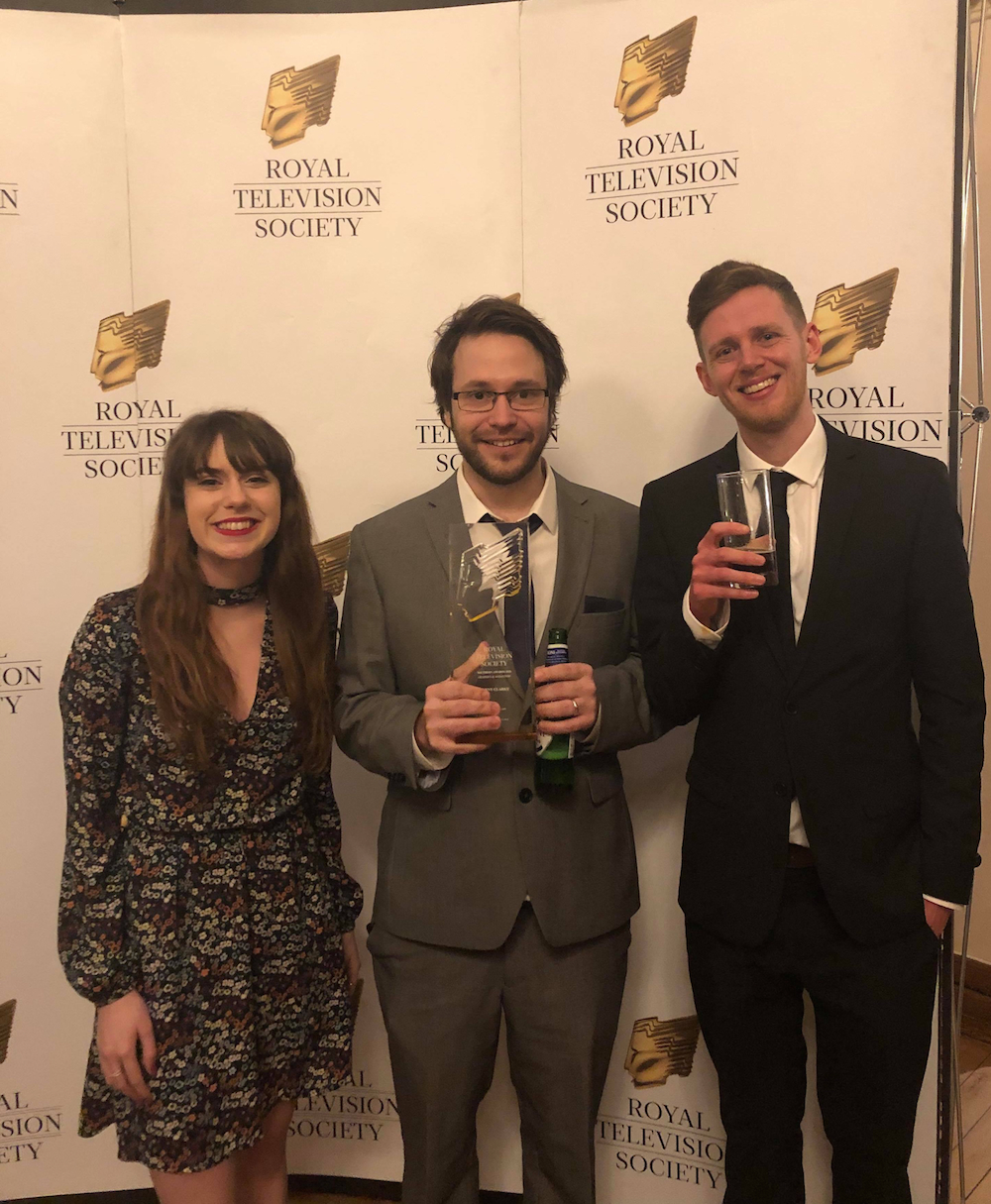 The LoveLove Team at the 2020 RTS Southern Awards

Sunny picked up this year’s Graphics/Animation RTS Award for his work throughout 2019. This includes graphics and animation work on a range of projects, including map graphics for series 4 of Channel 4’s SAS: Who Dares Wins, 3D modelling work for the award-winning educational resource History Bombs, and charming 3D animation for the latest teaser trailer of our preschool IP Pop Paper City.


“We’re so delighted to win our fourth RTS award in three years! I’m so proud of Sunny and the rest of the LoveLove team. 2019 was a great year for us, so it’s wonderful to have our work recognised at the RTS once again. Thank you to the RTS for yet another fantastic ceremony.”


To find out more about the Royal Television Society, click here: https://rts.org.uk/

To learn more information about the results of the 2020 RTS Southern Awards, visit: https://rts.org.uk/award/rts-southern-centre-professional-awards-2020