CHIN UP: ONE YEAR ON

CHIN UP: ONE YEAR ON

In this blog, JoAnne Salmon discusses her trip to the 2019 Sharjah International Film Festival (SIFF) for a screening of Chin Up. Chin Up is an animated documentary about hope and self-acceptance. Directed by JoAanne and produced by the LoveLove Films team, Chin Up has enjoyed a hugely successful festival run since its release in August 2018, with its screening in Sharjah being the animated documentary’s latest triumph.

Hear all about JoAnne’s experiences at the festival below:

I am thrilled to be writing this blog from the Sharjah International Film Festival for Children and Youth. Chin Up is being screened here, and I am lucky enough to attend!
2019 is the 7th year of SIFF, a week-long festival running from the 12th to the 18th of October. The festival aims to enhance children’s knowledge of technology and film-making by screening movies from all over the world, and Q and As with the filmmakers after each screening.

Showing the film in Sharjah and flying around the world has been just one of the highlights of the past year, since the LoveLove Films team completed Chin Up. It has been amazing to such a variety of films from all over the world. This shows a great sense of diversity emerging in filmmaking, and it’s great for future generations to see. I am so proud to see Chin Up being part of the voice promoting diversity. 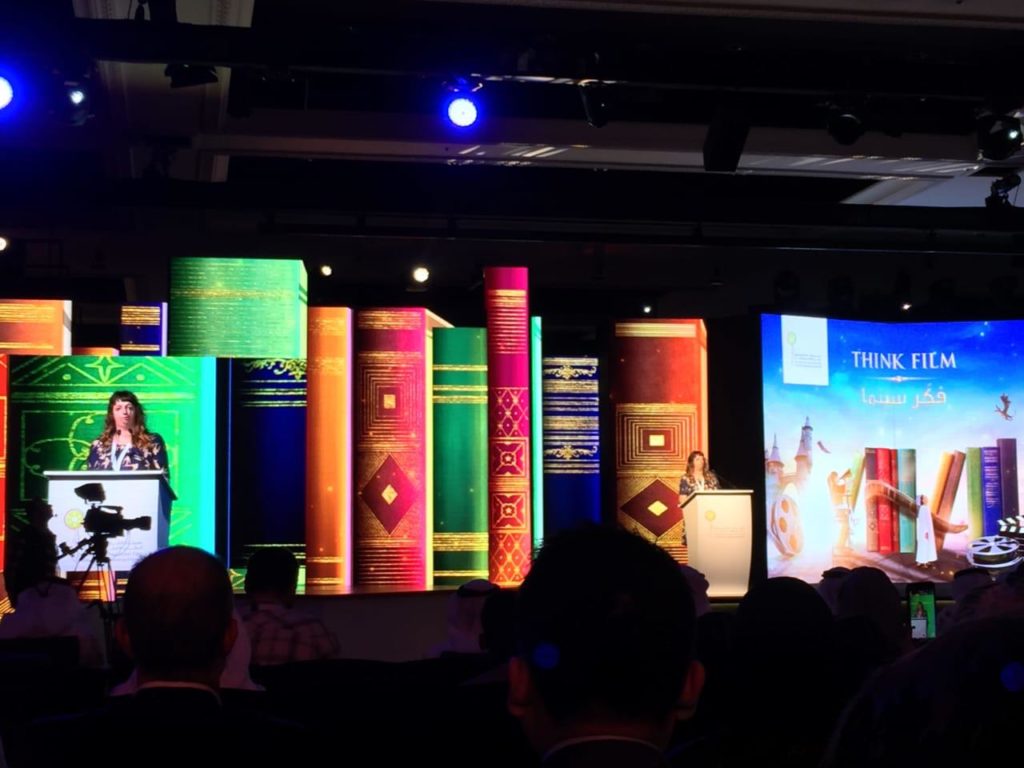 The following day, Chin Up’s screening was attended by a large group of local school children. They all got a chance to ask me and the other filmmakers questions after the screening, which was a lot of fun. They later came up and spoke to us briefly and it was great to hear how a lot of them aspire to be filmmakers themselves when they grow up.

Chin Up has also had a phenomenal UK reception. The film went to Edinburgh International Film Festival, Encounters Film Festival in Bristol, and is going to Aesthetica Film Festival just next month. It is also listed here, in the British Directory. 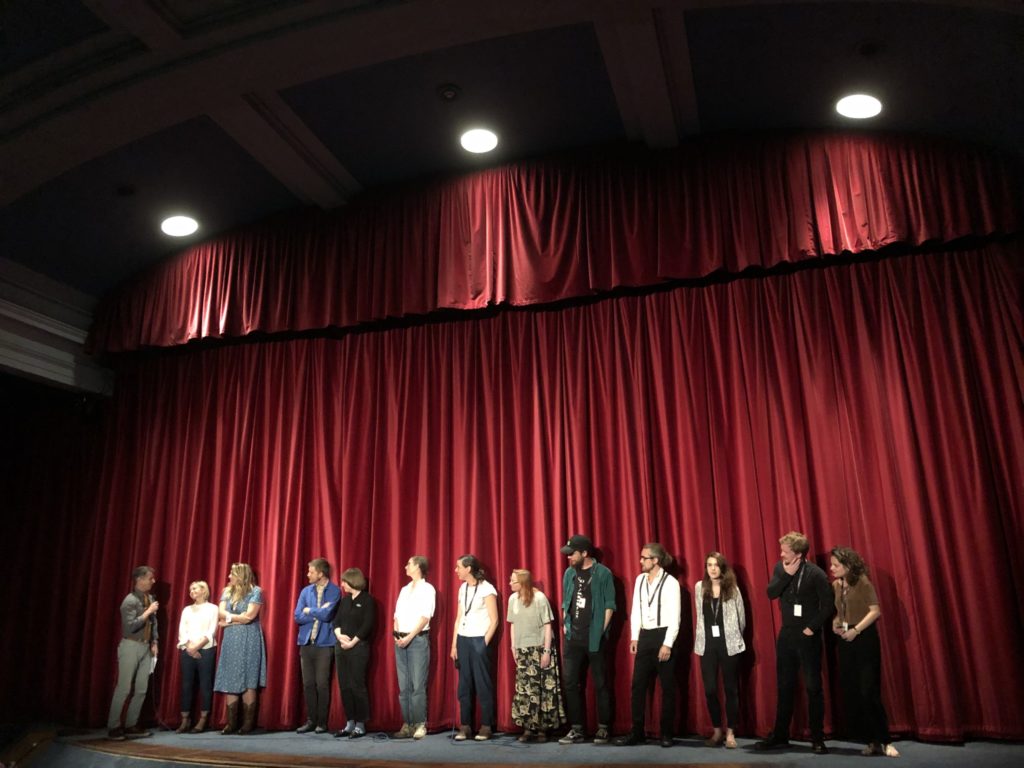 In March 2019, the film received a Royal Television Society award for Best Online Production, which was absolutely incredible. The LoveLove Films team and I put in an incredible amount of work, so to receive such recognition for it is truly wonderful. 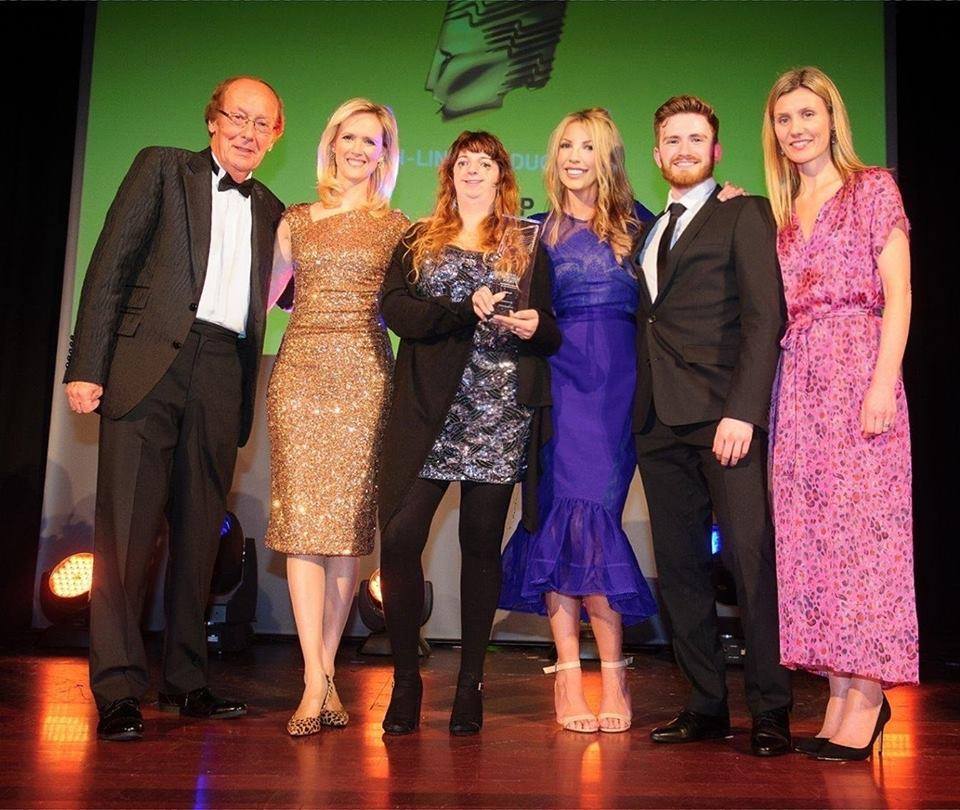 The LoveLove Team receiving an RTS Award for Chin Up

“It is amazing to see Chin Up continue to have such a big impact on people. It is such a touching and heart-warming story, not just about disability but also about acceptance. As Jo says in the film, we all feel as though we don’t belong sometimes. I hope that the film can keep acting as a source of inspiration and I am so proud to see how far it’s come”.

Whilst I was in Sharjah, I was interviewed by Correio de Povo, a Brazillian newspaper, and it is so wonderful to see the film have an impact so widely.

In the short speech that I gave at the opening ceremony in Sharjah, I said how glad I was that the title ‘Chin Up’ stuck. What I once saw as my biggest weakness and flaw, my small chin, actually turned out to be my biggest strength and I hope that others with Treacher Collins Syndrome like myself, or with other disabilities, can perhaps see this and feel the same about themselves.